Steven Worthington was born in Brisbane in 1973. Educated in Sydney, after school and completing his electronics apprenticeship he began a career as an electronics technician. In typical Aussie fashion, Steven had a two-year working holiday in England, with side trips to the rest of Europe, enjoying the opportunity to explore other cultures and countries. All through his school and career Steven was always creating things with his hands and would tinker with small arty projects when time allowed. In 2013 Steven made the big leap to pursue a career as an artist. He has since completed a diploma of visual arts at the CIT and is now in his second year of a double degree at ANU, studying full time in the gold and silversmithing and the sculpture workshops.

Layered Boundaries explores a number of concepts ranging from communication through to book referencing and a number of others in between. The ambiguity of the work hides the original concept whilst allowing the viewer to interpret the piece with familiar concepts of their own. Boundaries are crossed through having multiple possible interpretations as well as some of those interpretations themselves alluding to boundaries being crossed. 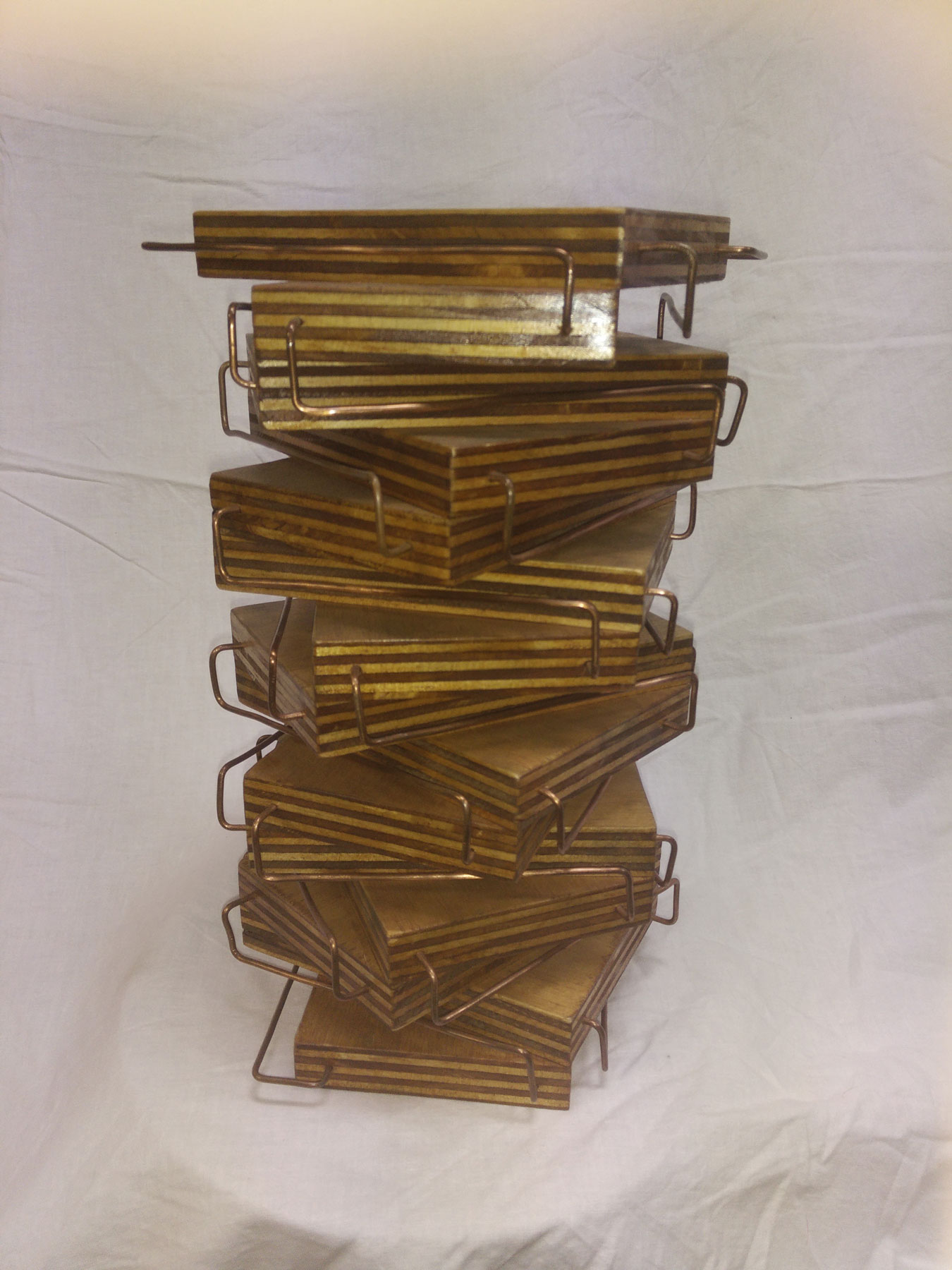 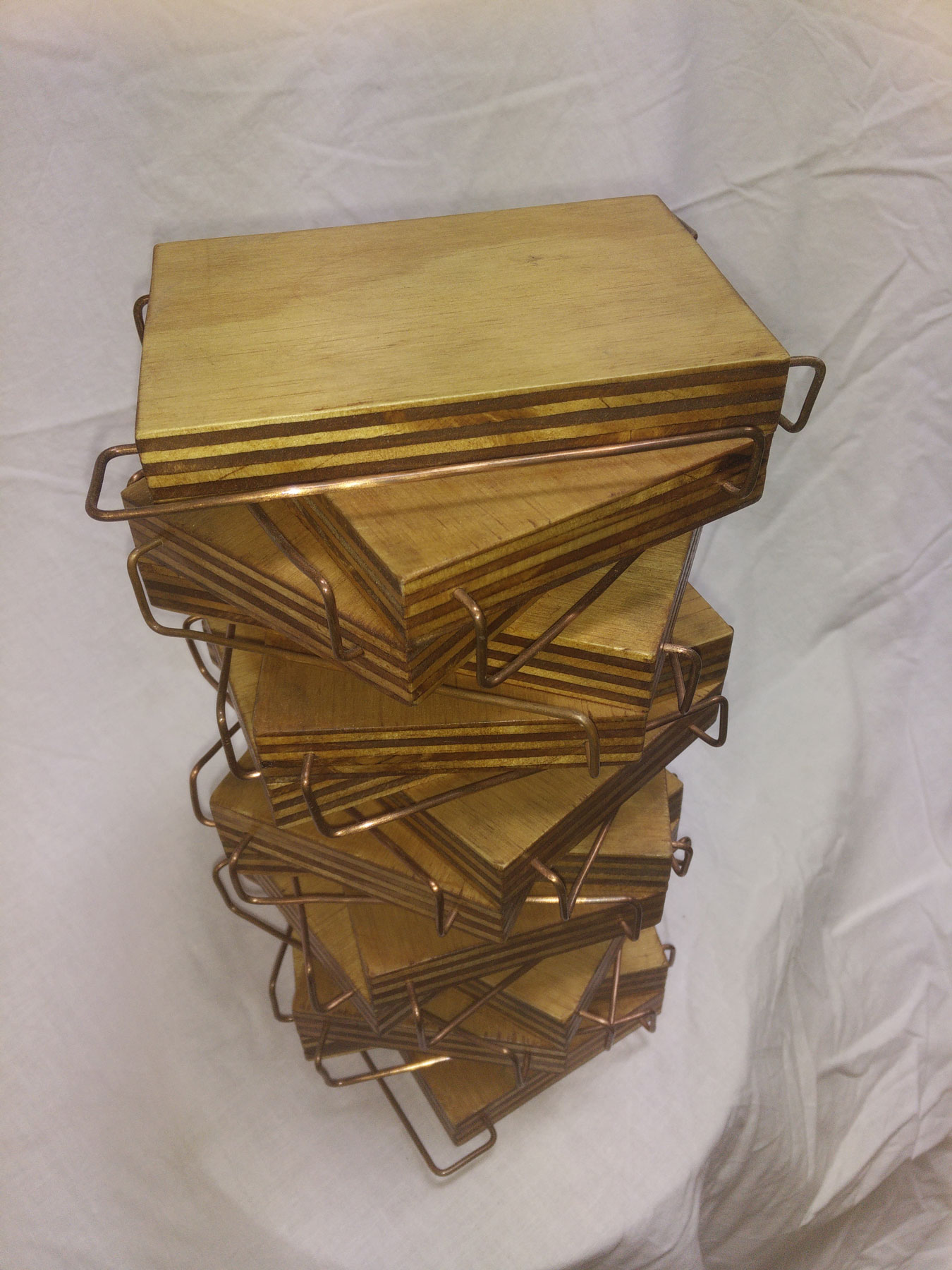 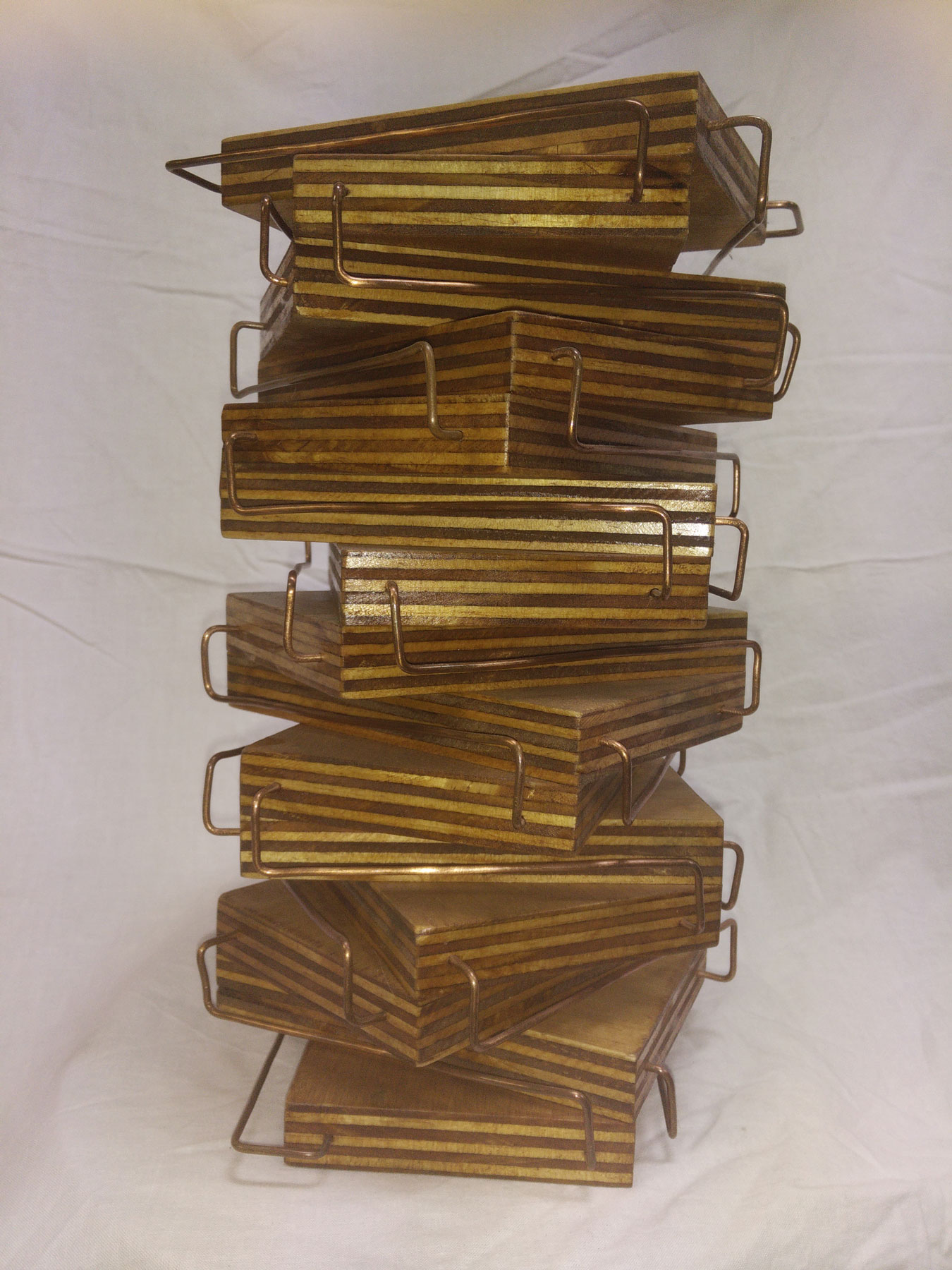