I studied printmaking at the National Institute of the Arts in Canberra and have over 35 years’ experience as a visual artist. Currently I work full-time from my own workshop and at Megalo Print Studio as a printmaker and illustrator. I prefer to work with simple, primitive techniques such as stencil and relief and often use cheap or recycled materials. In 2002 I was awarded an ACT Government Visual Arts Fellowship, in 2011 a CAPO Fellowship, and my work is represented in the Australian National Gallery and many of Canberra's public places. I have exhibited consistently since 1982 and my work has won awards locally and internationally - including the Canberra M16 Drawing Prize and an AGDA Distinction Award for Illustration in 2006, and First Prize in the 14th International Competition of Illustration, Teatrio Cultural Association of Venice in 2008. My illustrations have been selected twice for the Bologna Children’s Book Fair International Illustrators Exhibition (2007, 2010) and exhibited at many other venues in Italy. In 2013 I was Bridgeguard artist -in-residence in Štúrovo, Slovakia, and in 2015 my prints were selected for the both the Guanlan Print Biennial, China and the Krakow Print Triennial, Poland.

NIGHT FLIGHT (part of a series) is a response to the desperate and insistent wave of human migration happening now. Stencilled bird images evoke the natural, uncontroversial migration of species in search of resources and safety. But the overprinted human figures - who face the added complexity of borders, trauma and hope - express both terror and wonder.

My first home in Canberra was the Hotel Acton. My parents built a house in Campbell, and I attended Campbell Primary and Campbell High. Later I lived in group houses in Ainslie and studied at the ANU and then the Art School in Acton. I raised my own family in Watson, where I still live, and have a studio at Gorman House in Braddon, and before that at ANCA in Dickson. So you see I am totally inner north. 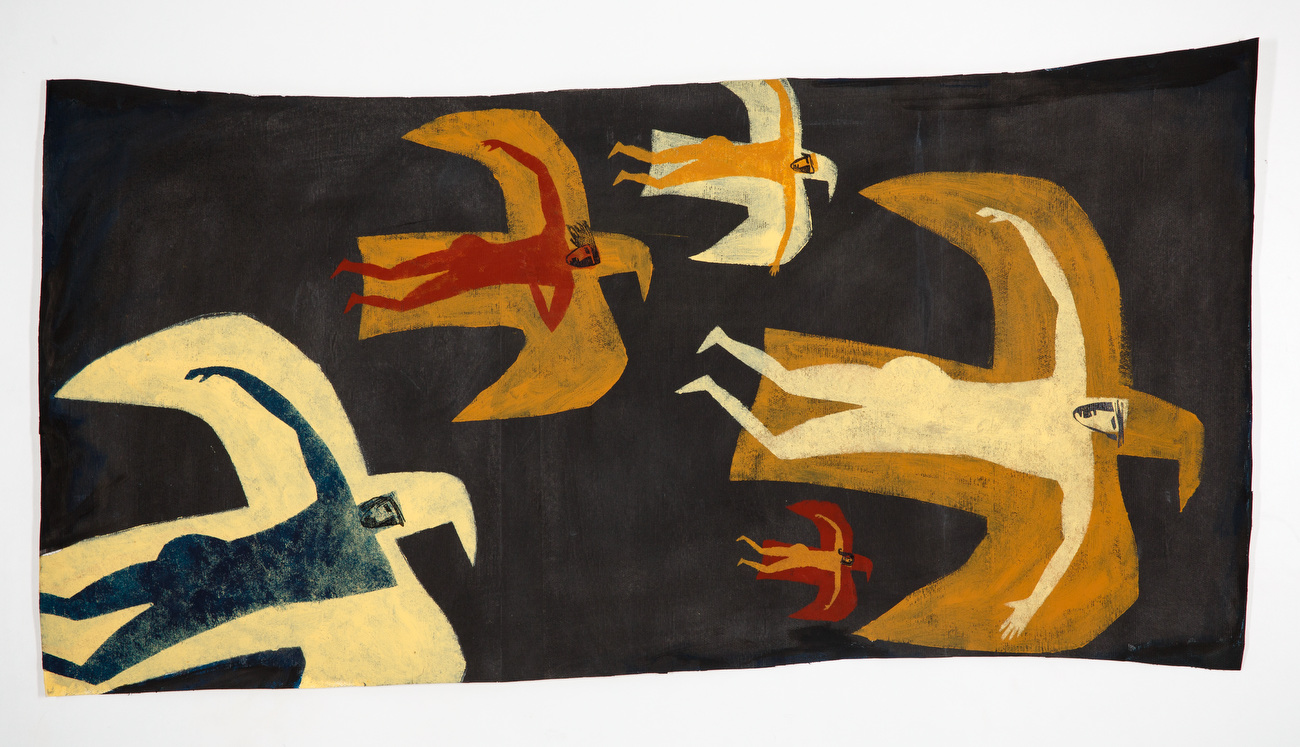 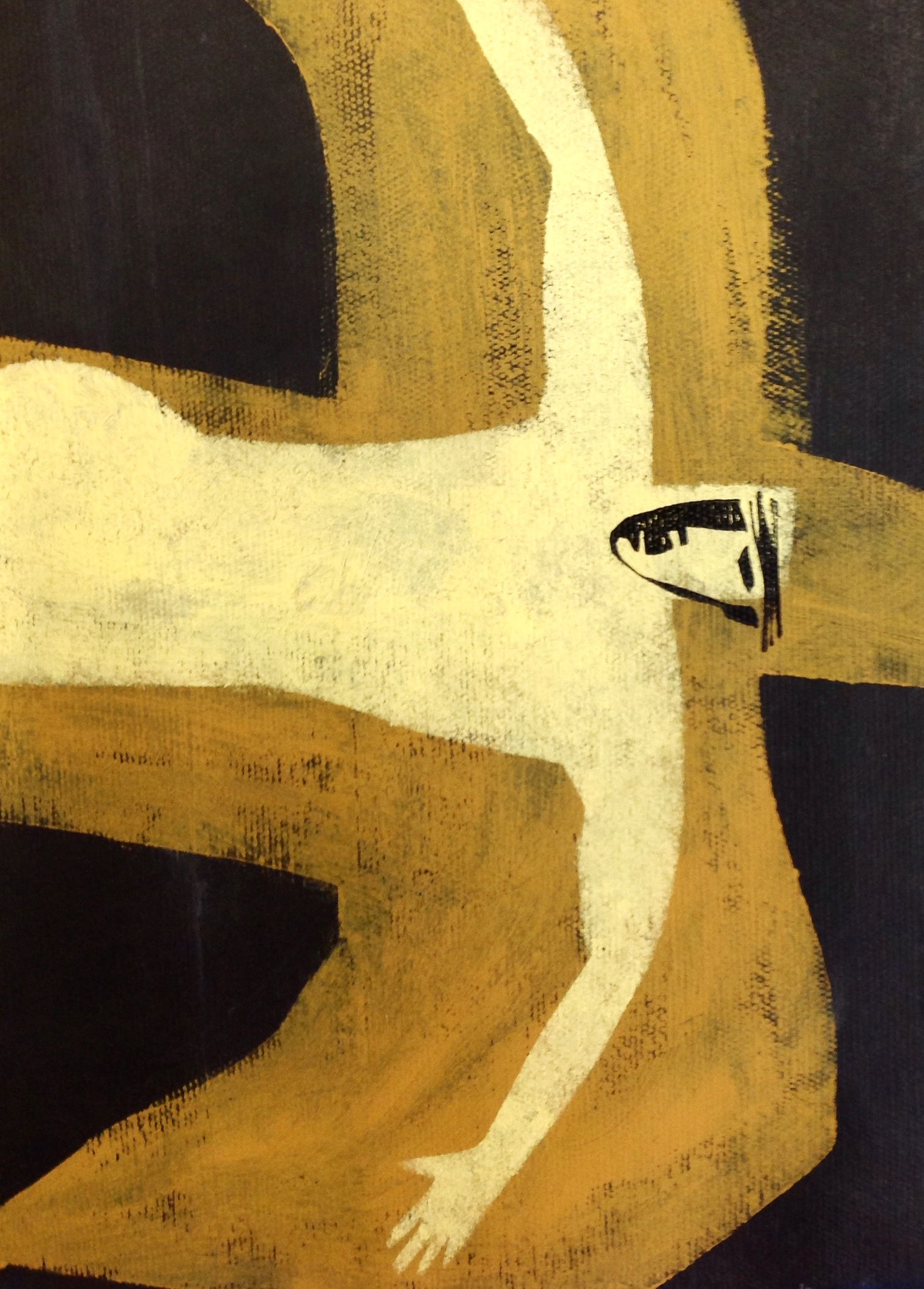